Documentary directors, at least in Singapore, are often asked when we will make a dramatic film – as if all the documentary training we have is expected to lead to this moment. Well the moment has arrived! Together with 6 other directors, all familiar names, we are making a short film each around the theme of Singapore for this omnibus project. It’ll be Singapore filmmakers contribution to Singapore’s 50th anniversary celebrations. It’ll be my first time having to deal with actors 15 in years since my student film Rogers Park. Looking forward to it, sort of. What is my short about? More details will be revealed at the media conference in October. Akan Datang 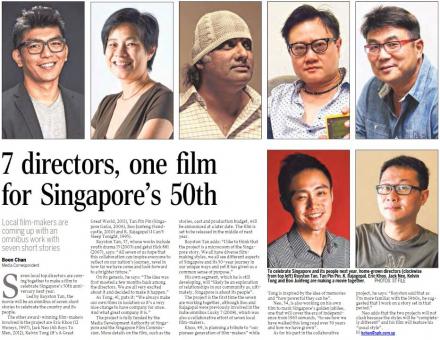